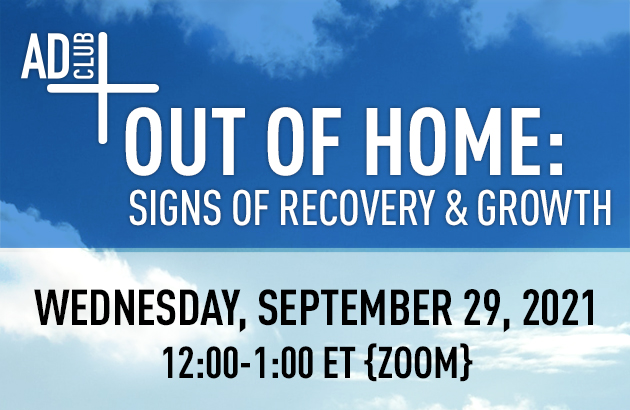 As anticipated the OOH industry is witnessing a strong return and nearing pre-pandemic levels of interest among advertisers. The AD Club of New York will focus on two key main themes: the agency perspective and key comeback stories. The hour will be split between an in depth conversation with agency OOH specialists to get their commentary on all things from OAAA/GeoPath to how OOH is now fitting in to the overall marketing plan. The second part of the hour will highlight clients who have jumped back in to OOH with both feet and are seeing the benefits of being earlier movers. Join us for this virtual experience with industry experts as they answer the hard questions and deliver a compelling narrative on the hot topics in Out of Home NOW!

Discussion with Agency Specialists on the State of the Market 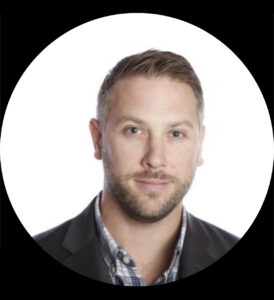 As head of OMnet responsible for the vision and strategy across the organization ensuring that the company is operating lockstep with our clients in pursuit of solving their business productivity goals.

Ryan, previously served as the President of Outdoor Media Group, the largest OOH specialist in North America managing over $1B in OOH spend across over 200 clients including 8 of the top 12 OOH spenders in the US.

Under Ryan’s leadership the agency executed the largest data-driven OOH campaign, integrated mobile audience data into fundamental planning and buying, developed the largest demand-side resource for DOOH media and was the first company ever to establish a cinema upfront with the nation’s largest supplier.

Ryan holds positions on Geopath’s and the DP-AA’s Board of Directors and works closely with the New York Advertising Club to provide leadership in connecting the OOH industry with young professionals. 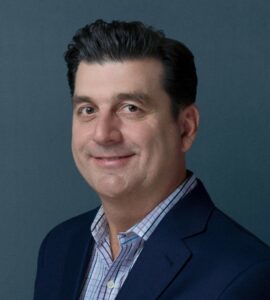 David Yacullo is a veteran Outdoor Media Executive based in NY.

Dave began his career with Outdoor Services Inc. (OSI) which was acquired by Interpublic Group. In his 12-year tenure with OSI, Dave rose through the ranks by winning business and expanding the company’s footprint across North America. Dave resided in Chicago, Dallas and Los Angeles before he moved to New York when named President.

After OSI, Dave founded Outdoor Media Group (OMG), which was  acquired by Omnicom Media Group. During his 13 years as CEO, Dave grew OMG into the largest Outdoor specialist firm in North America by serving clients such as Apple, Google, McDonald’s, Pepsi, HBO, Warner Brothers and many others.

In 2019 Yacullo joined forces with legendary Van Wagner Outdoor, where he is a Partner serving as CRO. Prior to selling to OUTFRONT Media, Van Wagner was the largest Independently owned Outdoor company in the United States.

In addition to Van Wagner, Dave is Chairman of Outdoor specialist Outdoor Solutions with offices in Las Vegas and NY.

Dave is active in industry initiatives and sits on several advisory boards. 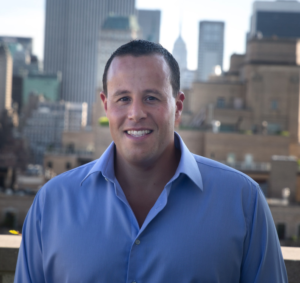 Brian Rappaport is the Founder and CEO of Quan Media Group, a modern approach for modern brands looking to use OOH as a viable media channel to grow. Founded in 2019, Quan works with brands across all categories but specializes in the DTC space. Quan focuses on utilizing smart, strategic and measurable OOH to help scale brands - while emphasizing creativity over complacency. Current clients include AWAY, Ro, Daily Harvest, The Farmer's Dog, Zelle, GoPuff, Public.com and Capsule among others.

Prior to founding Quan, Brian spent 4+ years at RapportWW (IPG) where he was a Group Director overseeing part of the NY office, as well as opening and overseeing the BOS office.  During his time at Rapport, Brian managed the relationships with sister agencies Mediahub Mullenlowe, Trilia, HUGE INC, and Initiative while also proactively building a direct client roster of over 30+ groundbreaking DTC brands.

Before coming to RapportWW, Brian started his career in media at Zenith (Publicis), where he worked across different media channels for 7+ Years.  Brian is a member of the OAAA, Geopath and Ad Club of New York, while also frequently contributing to various industry trade publications, and speaking at relevant events.  He’s an avid Knicks & Yankees fan, often venting on Twitter (@Brappy55), can tell you where to find the best chicken parm, and lives on the Upper East Side of Manhattan with his wife Jenn. 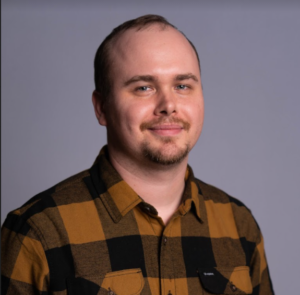 Shane Clements an Associate Director at Outdoor Media Alliance, where he has led OOH investment and planning for Google, Volkswagen, and more since 2017. Prior to this, he worked at Carat across OOH, strategy, and new business. 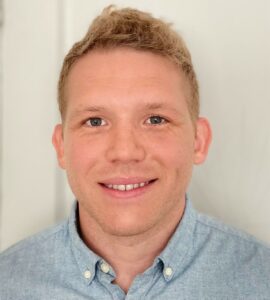 I’ve been at Posterscope for almost 10 years, starting out on the Graduate scheme in our London office back in 2012. I’ve worked across multiple accounts and agencies in that time but seem to have found a theme following the alcohol brands, planning OOH for  Pernod Ricard, Diageo and most recently Anheuser-Busch. I moved to New York in December of 2019 in what has been a challenging but certainly very rewarding 18+ months and am looking forward to experiencing as much of the US as possible as things start to open back up again. 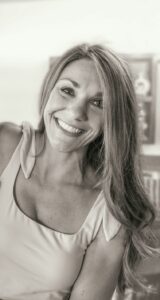 Laura began her career at a direct response advertising agency and moved on to a marketing communications firm specializing in account service. She discovered her passion for out-of-home and has worked in the industry for over eight years. Laura started at Rapport’s Los Angeles office as an Account Executive – focusing on executing traditional OOH and experiential campaigns for various accounts, including Sony Pictures, Amazon, and Netflix.

She continued to place an emphasis on customer service, brand strategy, and innovation, expanding her role to the East Coast where she is now a Group Director at Rapport’s Boston office.  Laura oversees a team in New York and Boston who specialize in traditional OOH media planning and buying, experiential activations, programmatic DOOH, and delivering attribution solutions to a variety of high-profile brands, including JetBlue, Royal Caribbean, MTV, New Balance, LEGO, and Salesforce. Her passion and enthusiasm for the industry continues to grow, along with her forward-thinking approach and focus on delivering results. 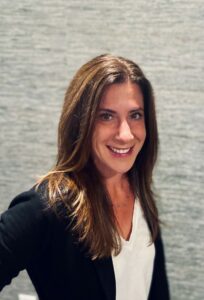 Randi is currently a Group Director, Account Services at Kinetic New York.  She successfully leads a team that works across a wide variety of clients such as Unilever, DoorDash, Mars, Campari and The North Face. Throughout her career Randi has executed award winning campaigns for Mars, AT&T and Anheuser Busch. Randi has been an integral part of the education and growth of programmatic DOOH and measurement solutions across her portfolio of business.

Katie Portman is a VP, Director of OOH at Horizon Media, where she oversees a long list of accounts including Capital One, Heineken, United Healthcare, Peloton, FanDuel, and United Artists Releasing to name a few. Prior to joining Horizon 5 years ago, Katie held positions at Posterscope, Zenith Media, and Mindshare. In her current role, she leads teams and influences OOH strategy with an emphasis on leveraging data for audience targeting and campaign measurement. Katie lives in Westchester with her husband, two active daughters, and scruffy dog. 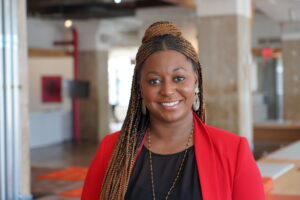 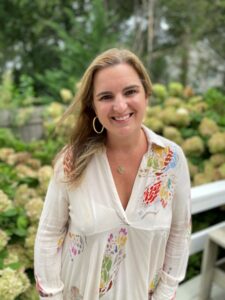 Leslie Panagot is a Senior National Account Executive in the New York City office of Intersection Media, developing and executing revenue driving strategies for the National Sales team, while providing creative solutions and results for brands and agencies across major U.S. Cities.

Leslie listens carefully to each client, gaining insight into their unique set of goals. She strives to be the first call to help brands be confident their objectives can be met. Drawing upon Intersection's resources to develop the solutions that will lead marketers to success, she formulates media plans to best solve each individual brand's problem while aligning with their overall omnichannel approach.

With a career in the advertising sales industry that spans 15+ years, Leslie has established a network among the out of home community having worked with all of the major holding companies throughout her time. In addition to participating in AdClub, she has been invited to speak on panels at the Geopath OAAA Conference and has been critical in helping to develop long-term branded sponsorships with Cities & Municipalities. Before joining Intersection Media in 2017, she partnered with leading marketers and agencies while representing JCDecaux, Captivate, & RMG Networks. 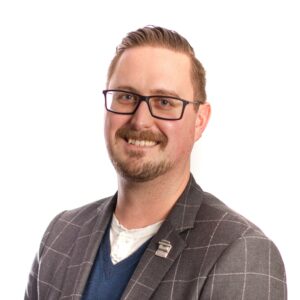 Derek Schaub is a Vice President at Publicis Media with 15 years of experience in the industry. He currently oversees a large client roster including Samsung, Visa and Audible, among others. 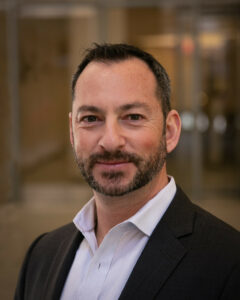 Gary began his out-of-home media career in the London office of Transportation Displays Incorporated (TDI, formerly CBSOutdoor, now Outfront Media).  Less than a year after Vector’s founding, Gary was brought on to launch the sales department. Now with two decades of experience, and a focus on innovation and audience insights, he serves as the company’s CRO.  With a focus on customer service, Gary leads a team of 60 sales professionals in dozens of markets around the country with the same energy he had on his first day, over 20 years ago.  Gary is a passionate steward of the out-of-home industry, playing roles in both OAAA and Geo-Path. 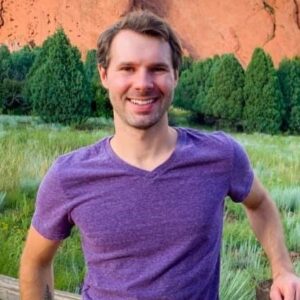 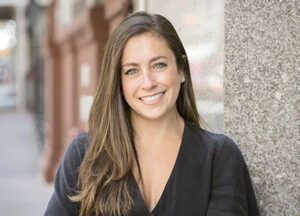 Lucy is the SVP of US National Sales at Vistar Media and leads brand and agency relationships in the US helping cultivate partnerships with holding companies, independents and the largest brands in the world. Previously, Lucy led hedge fund and investment bank sales at Dataminr and was an analyst at Goldman Sachs. Lucy holds a BS in International Finance and Marketing from the University of Miami in FL. 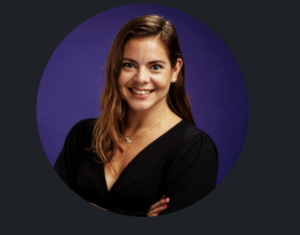 Sam Harvey leads Global Brand media strategy at Twitch; she's spent the last 2.5 years there building out the capability and the team to deploy cross-channel media plans internationally. Prior to Twitch, she worked at Sephora and spent 5 years at Digitas where she honed her media expertise. She lives in San Diego, CA.

Out of Home: Signs of Recovery and Growth

Join us on December 9 for our live OOH:NOW event! All members are welcome. More details to come! If you would like to attend or sponsor this event, please fill out this survey!