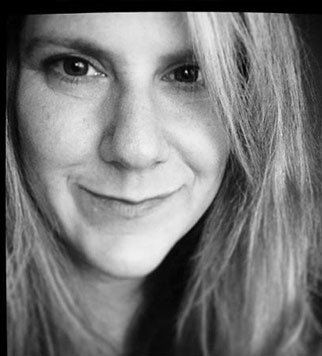 If you had to choose one specific creative piece (can be a song, photo, artwork, movie, play, etc.) that best reflects your professional journey, what would that be and why?

I remember watching the movie Baby Boom when I was younger and thinking about what it must be like to be a successful woman in advertising. I was so viscerally torn when she quit her job and moved to Vermont. I won’t ruin the movie for those who haven’t yet seen this classic, but the way she reinvented herself marked me. It made me realize that we are capable of designing our own destinies and that motherhood isn’t a career killer, but could even be a career maker.

What was the turning point or most important moment in your career? How has this moment led you to the leader you are today?

On the day of 9/11 I was working at American Express in New York near the World Trade Center. It was a traumatic event in and of itself, clearly. Shortly after we were working out of an office in Connecticut (the New York offices were uninhabitable). One day, I remember doing the reverse commute back to the city with my personal items in a box after having gotten laid off. It was an incredibly humbling experience compiled with some post-traumatic echoes of the whole 9/11 experience. Being able to bounce back from this low point became an empowering experience for me. The lay-off, and how I dealt with it afterwards, specifically taught me that hard times may come – but they will also go. It taught me resilience.

Tell us about a female figure who’s had a major impact in your life/professional journey.

I’ve been blessed to have had a female mentor who always believed in me more than I believed in myself. And I can’t stress enough how important that was. She once told me, “Danielle, you are in the driver’s seat. It is your choice to put your foot on the gas and your call when you need to coast a little. Either way, you’re going to be successful because you’re amazing.” She then allowed me to make a decision that was not business-first, but employee-first and it left an irrevocable mark on me as a leader.

What is the bravest thing you’ve done in your career so far?

I think a bit of bravery is required on a daily basis. I’m known by my colleagues for being radically honest. Sometimes, that means taking a leap and telling people, sometimes our clients, things that they do not want to hear – but always in the best interest of a positive outcome. In our world, integrity is tantamount. Honesty builds trust and trust is the core to success with teams, leaders, and clients.