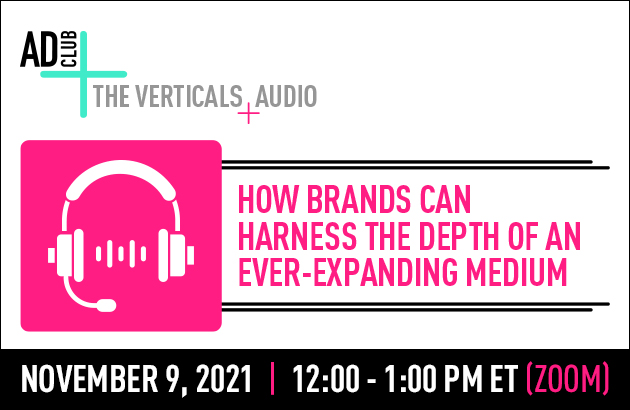 How Brands Can Harness the Depth of an Ever-Expanding Medium

Podcasting and music streaming have redefined the formerly terrestrial radio-centric audio experience into a modern, thriving medium complete with profound technological advancement. Programmatic & attribution technology, coupled with voice innovation and advanced audience targeting, continue to transform audio into a medium utilized by brands across industry categories. In Social Audio, the power of the spoken word has even inspired a new sub-category practically overnight, with pioneer Clubhouse quickly bringing competitive products from Spotify, Twitter, and Meta to market.

The elevated interest in audio has resulted in impressive growth. eMarketer predicts double digit growth for digital audio, both this year and next year, to a figure greater than $6 billion in 2022. During this event, we will dissect the opportunities for brands with audio. Is a podcast-only audio strategy sufficient? Is social audio a bona fide vehicle to reach consumers? How can brands harness the rapid adoption of smart speakers with a voice-specific strategy? 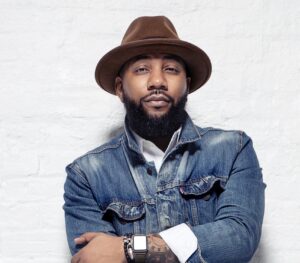 As Executive Creative Director, Experience Design at VMLY&R, Walter Geer is responsible for creating innovative design solutions within the health practice, and synergizing brand and customer experiences across a broader range of clients like Dell Technologies, Campbell Snacks, Pfizer and New Balance.

Recently, Savoy Magazine added Walter to their list of 2020 Most Influential Black Executives in Corporate America. He is not only known for re-inventing and revitalizing the way brands and advertisers connect with consumers but also as a passionate and vocal advocate. As the cofounder of Diverse Creatives, he has been outspoken in the charge for creating a diverse and inclusive culture for Black and brown creatives in advertising.

A veteran of the digital advertising space, Walter holds a total of six U.S Patents for digital ad formats and has implemented creative products and strategies for a variety of publishers and leading technology and media companies including Google, Viacom, NYTimes and MySpace. Walter has been an architect of market-first usability labs, applying biometric research to the development of creative executions while minimizing risk by understanding how consumer emotions and demographics impact brand engagement.

Prior to VMLY&R, Walter was SVP, Group Creative Director at TBWA\Worldhealth, where he ran Digital, Innovation and creative production 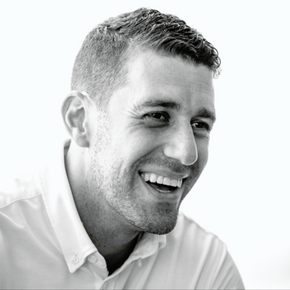 Brandon Kaplan is CEO of Skilled Creative, an agency he founded in 2017 that focuses on helping leading media and consumer brands deploy voice technologies for user engagement and commerce. Today, we discuss his firm’s work with HBO, Pottermore, Meredith, and a few consumer brands along with dominant trends in the industry.

Kaplan received an outstanding achievement award for industry contributions from Project Voice in 2021. Prior to his current agency, Kaplan was President of Ruxly Creative and co-founder of Evantage. He began his career at Stanley Black and Decker. 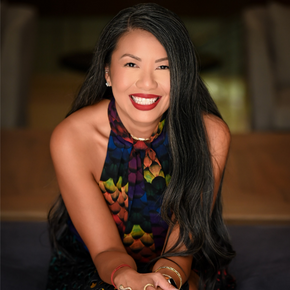 Queen of Clubhouse and Former Global Head of Digital Marketing at Nike, Revlon and Estée Lauder

Swan is a contemporary operator sitting at the intersection of corporate economics, digital transformation, and consumer attention. She equally understands the left- and right-brain skills required for a marketer that drives financial impact in the digital world.

Swan has led teams focused on digital transformation in her roles as Head of Digital Marketing at Nike, Revlon, and Estée Lauder. Swan held two key roles as a VP at Nike — overseeing Global Digital Marketing during the Emmy-winning “Dream Crazy” campaign featuring Colin Kaepernick, and running Digital Operations, Product, Supply Chain and Service for a $2B NA ecommerce business. She led digital at Revlon and Elizabeth Arden, and ran online strategy for the Esteìe Lauder Companies, increasing its digital footprint to 400+ sites across 50 countries in 5 years. From modernizing hundred-year-old brands and partnering with unexpected influencers like Chelsea Handler, Iris Apfel and Gigi Gorgeous, to launching augmented reality makeovers and driving double-digit growth. She was selected as a Brand Innovators 40 under 40 and Marketing Woman to Watch, and took home both Best Social Campaign and Best in Show at the Glossy Awards.

Prior to her career as a corporate executive, Swan was a management consultant at Bain, owned an ad agency focused on emotional branding, and was a product manager at Newell. Swan graduated with a BA in Economics from Harvard and an MBA from Columbia.

Swan’s leveraging her breadth of professional experience to advise her +3MM followers on the Clubhouse platform and consulting the companies and leaders of tomorrow.

Swan has done speaking engagements around the world. She’s advised a variety of businesses and has sat on the boards of industry and philanthropic organizations including AdWeek's Diversity and Inclusion Council, L2 Digital Think Tank, Women in Retail, Consumer Goods Technology Council, Impact Network, Foundation Rwanda and Worldview’s space think tank. Having traveled to 87+ countries and counting, her favorites include Antarctica, North Korea, Mongolia, Rwanda, Bhutan, Myanmar and Tanzania for Kilimanjaro. She can often be found smashing a volleyball and chasing restaurant openings, or flying around on skis and horses - her two newest hobbies. 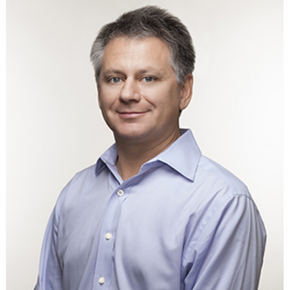 As the Senior Vice President of Agency and Advertiser Development, Alan leads the company’s collaborations with advertising agencies and brands, providing strategic counsel to marketers to maximize the power of SXM Media, and leveraging feedback from agencies and brands to help Pandora build attractive and innovative products.

Alan came to SXM Media with nearly 20 years of experience in the media industry, having delivered strategic leadership, vision and insight to some of the most prominent brands worldwide.  Prior to SXM Media, Schanzer served as Chief Client Officer at Undertone Media, where he worked with leading companies to create customized, cross-screen advertising solutions.  Before joining Undertone, Alan was Managing Partner at MEC Interaction, where he worked with leading brands including AT&T, Citibank, Xerox, Campbell’s, Colgate, Paramount, Range Rover and Jaguar.

Alan received his B.A. from Syracuse University and resides in New York.  Outside of work, Alan enjoys spending time with his family and friends, being on or near the water, travel, and live music.  Alan’s favorite SXM Media stations are: Working Tunes (cultivated for over eight years), Jam Bands, Laid Back Beach Music, and Billie Holiday. 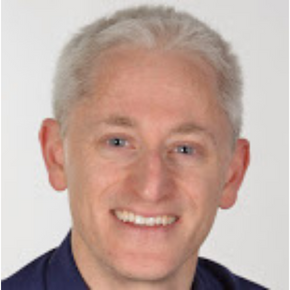 Dave Sosson began his 20+ year career in media at Interep, representing both Clear Channel Radio and ABC Radio. Since that time, he has worked in spot cable at Comcast, and has held multiple roles in digital media at companies including Tribune and Nexstar Media. Dave joined the Targetspot team in 2019 to focus on agency & brand partnerships. Dave also co-hosted and co-produced The Media Seascape podcast from 2017-2019. Dave has been a member of the AdClub's Access Committee since 2013. 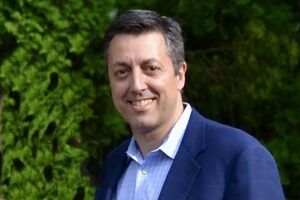 Milano has been at the heart of digital audio for many years. He was an original partner in Triton Digital when the company launched in 2006, and spent more than a decade as part of the company’s leadership team. Before that he was a senior executive at Interep, Clear Channel (iHeart) and Katz Media. Milano has a very successful track record of business development, implementing successful sales strategies, delivering outstanding client service and providing strategic consolidation consultation to clients.

The Verticals: Audio
How Brands Can Harness the Depth of an Ever-Expanding Medium

If you would like more information and great data, reach out to  Dave Sosson  at TargetSpot.