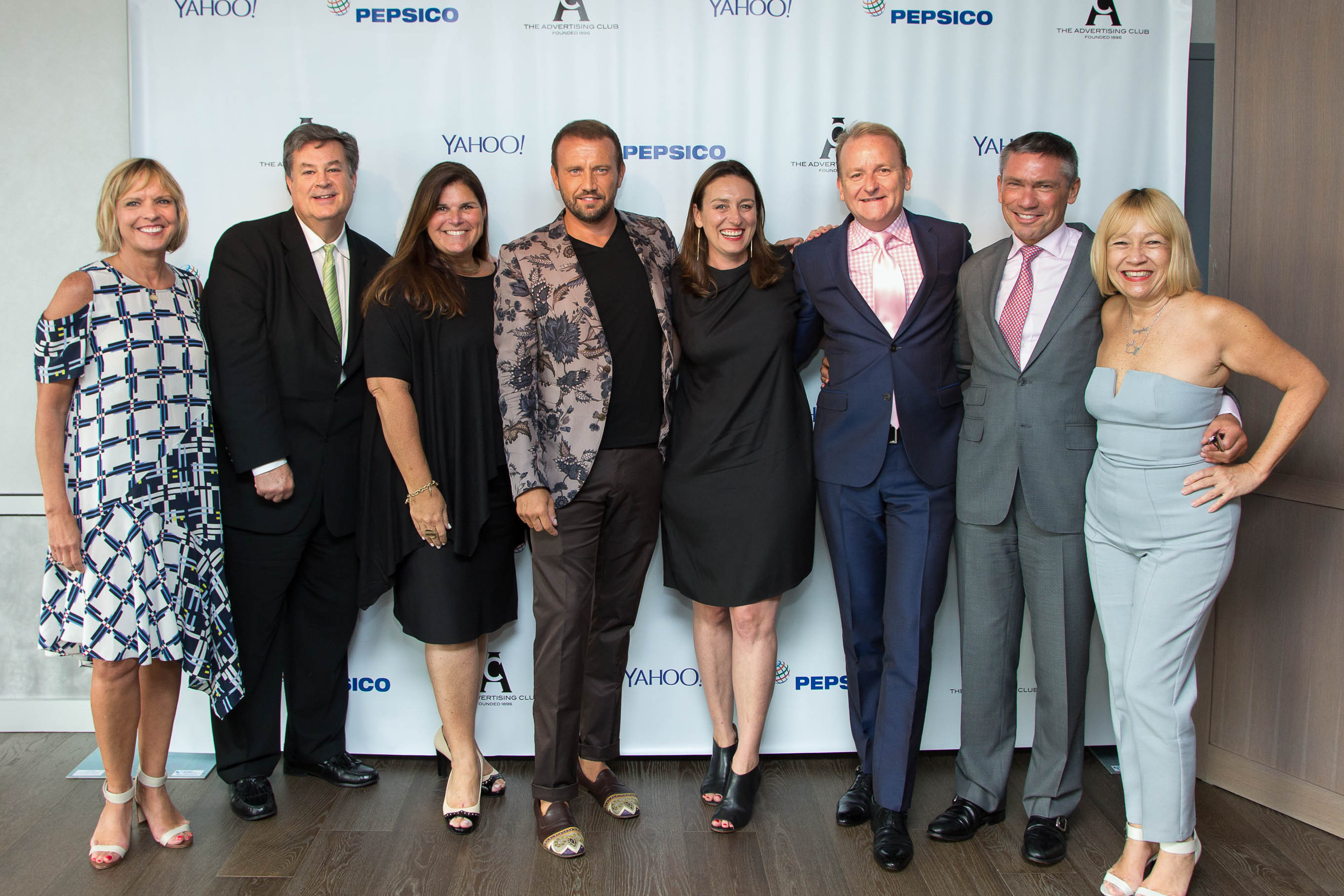 Last week, we celebrated our 2015 Ad Person of the Year, Brad Jakeman, President, Global Beverage Group, PepsiCo, and it was truly an unforgettable night. Mauro Porcini of PepsiCo, Andrew Robertson of BBDO, Sophie Kelly of The Barbarian Group and Cindy Gallop of IfWeRanTheWorld and MakeLoveNotPorn toasted – well, mostly roasted – Brad’s accomplishments and successes throughout his career.

The night was filled with laughter and celebration, but before the entertainment began, The AD Club sat down with Brad to find out where he finds inspiration, who he admires, what his advice would be for young professionals, and more. Here’s what he had to say…

Having spanned nearly every category throughout your career — fashion, retail, CPG, entertainment, tech, financial services — what lessons and best practices have you been able to carry with you from market to market?

I hate the term best practice, because best practice is looking back and repeating what we’ve done in the past and expecting that it will work equally as well in the future. I think we’re in such a dynamic world of change in every aspect of how consumers engage with brands. What we may have called best practice in one year may simply not work in the following year. But if you say, what principles have I learned, it’s what a boss once told me; she said, “It’s all about the work. Just focus on the quality of the work. Focus on great creativity.” With great work, great results will come and a lot of things will be made easier as great work generates business through the organization.

Where do you find inspiration?

I was actually given another great piece of advice, this time from our chief design officer (Mauro Porcini), who said that, when you’re a designer, you get inspiration from everywhere, by interacting with different types of people from different places and being observant. I get inspiration from just being observant—all the interesting places I go around the world, all the interesting people I get to meet with in this industry and outside the industry, that’s where I’ve really been inspired.

What are some examples of creative bravery in the industry right now? What makes them so great?

I think that of all your questions this is the hardest one for me to answer because I don’t see huge acts of creative bravery anymore. I think that a lot of the things that are needed to inspire bravery often don’t exist either on the agency side or frankly on the client side. So, I’d love to be able to identify ten amazingly brave campaigns, but I can’t, and the ones I can think of have been more than quoted. The Dove campaign, for instance, that took a very counter-category approach on the dialogue for women; I thought that was very brave.

Who have been your most influential mentors throughout your career?

Well, there have been many. I don’t have one or two mentors, I like to have my kind of personal board of directors, and they’re people that I’ve assembled from my career, my family, my friends, and they’re my go-to group to talk to around issues and so on. I’ve had the honor of working with some pretty amazing people throughout my career. In all the companies I’ve worked at, there’s usually a couple people who have really inspired me.

What are 3 pieces of advice for young ad/marketing folks hoping to make it to your level one day?

Focus on the work, understand the economic value of creativity, and listen to consumers.

Brad also sat down with reporter Yuyu Chen from ClickZ on what it means to be 2015’s Ad Person of the Year, the idea behind Pepsi’s first global campaign, “Live for Now,” and more — check it out here!