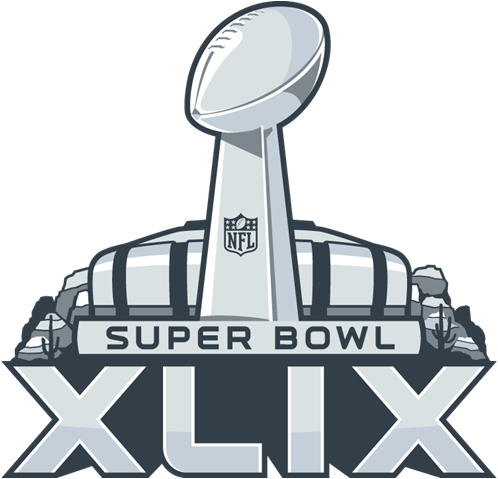 This month, The AD Club asked several esteemed members and valued thought leaders in the industry this question: What are your predictions for Super Bowl XLIX? Here’s what they had to say…

Super Bowl spending will always showcase the glitzy, big ad campaigns intended to set trends for the year to come.  What is new this year, or at least increasingly evident, is brands magnifying the value of their ads by building momentum ahead of the game largely via mobile.

Not only are consumers spending more minutes each day with their phones, but they are also dual-screen parallel processing.  And research on classic mobile behavior shows us that sustained game play and downloads are typically witnessed between 6.00-8.00 PM – right in the center of prime time TV.

With mobile offering ever more accurate audiences together with options of either dedicated campaigns or programmatic buying, marketers are finding the results they need and the flexibility they have always wanted.

Like previous years, the 2015 Super Bowl is sure to bring a collection of innovative, controversial, and budget-blowing ads to the 111.5 million+ Americans projected to be tuning in. All tricks and stunts aside, I predict that more advertising brands will include participatory calls-to-action in their 2015 commercials to gain an incremental and highly measurable return on their $4.5 million 30-second spot investments. Across Fluent’s advertising network, we now see over 60% of American consumers accessing the Internet from their phones and tablets instead of desktop or laptop computers. This translates to more viewers simultaneously watching the game while engaging with the ads they’re watching live. As a result, social engagement will be active throughout the game, enabling advertisers to involve consumers beyond their 30 seconds of air time.

“In terms of the creative, it’ll be business as usual at the Super Bowl: Big, powerful, emotive statements get people talking. Celebrities get people talking. What will be interesting to see is if brands’ increased investment in the Super Bowl (4.5M is a lot of money) will incentivize them to go beyond just the 30 TV second spot and find ways of continuing the conversation they introduced via their Super Bowl ad with digital audiences across other platforms and devices.”

Because of its popularity, the Super Bowl offers a concentration of the best and the worst of advertising all in just one night. Some advertisers equate being popular with the idea of being liked by each and every individual, so they choose to play safe – and play with puppies, celebrities or celebrity horses.

The more sophisticated realize that there’s a big difference between populism and pop-culture. These brands demonstrate that the best way to be part of today’s culture is to create a new and different culture.

Take beers, for example, as a metaphor for the ads. (What else, during the Super Bowl?) Some are light, tasteless and heavily commercial; some are full-bodied, rich in taste and have a unique culture and set of values behind them.

Much like their tastes, some brands will continue to have fun with light and tasteless advertising, while others will explore a more meaningful connection. I don’t expect tasteless advertising to die anytime soon, but I remain hopeful for at least a few refreshing moments of zesty creativity.

If I were to award two ‘ Best Of….’ trophies this year, one would go to the brand that puts themselves, for the first time, on my ‘consumer map’. I want to see a spot from an unknown brand that makes me say, “Wow, never heard of these guys until today…..gonna give them a shot.”

My other ‘Best Of’…” would go to the brand that is most successful in doing two things: (A) successfully continues generating engaging conversation of the brand for weeks among family and friends, [since this is most likely to yield a purchase conversion, right?], and (B) doesn’t insult my intelligence (not that there’s anything wrong with that).

While previous Super Bowl spots may have inspired me to sip on a soft drink while driving my new car to the cruise ship terminal for a vacation that I found on a terrific web travel site, I really hope to be inspired by the newbies in 2015.

For over 25 years, USA TODAY’s Ad Meter has tracked consumers’ favorite commercials in the big game. As a marketer and avid Ad Meter fan, I’ve followed the tactics that resonate, driving brands up in the rankings. Come game day we can expect the usual beers, snacks & soda to catch our attention. We’ll see the tried & true themes such as dogs, celebrities and athletes. While many autos will sit-out, newcomer brands could provide some surprises. Ads will speak to “dads” and “millennials” with both funny and heart-tugging Americana stories. Viewers should like this year’s spots as many were chosen by and/or feature the American public. Personally I look forward to the insights we’ll gather from the social media buzz throughout the 2015 Ad Meter voting.