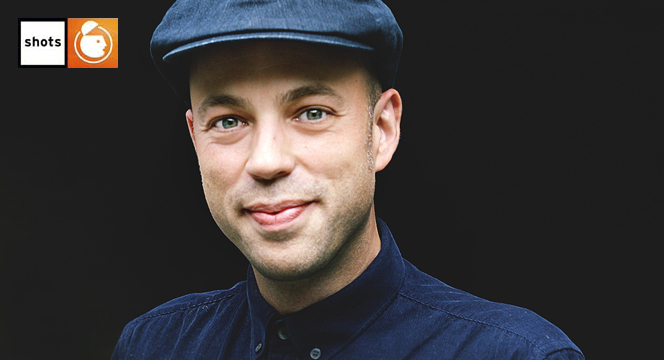 This time round, an esteemed panel led by 2015 chair and Wieden+Kennedy partner/global ECD, Colleen DeCourcy, takes to the stage to head up this year’s installment. Picking up where last seminar left off, this year the group – includingadam&eveDDB joint ECD Ben Tollett; Havas Work Club creative partners Andy Sandoz and Ben Mooge; McCann London co-president & CCO Robert Doubal; and Mr. President creative partner, Laura Jordan Bambach – will revisit the subject in a session called Redefining Bravery at the ITV Stage and below, Tollett offers a taste of the discussion and his own thoughts surrounding it. Last year the panel came together to discuss and define what it means to be brave. What is your own personal definition of bravery – either in or away from creativity?

I don’t think writing ads can ever really be considered brave. Brave is risking your life to fight Ebola, reporting from a war zone, or coping with a terminal illness. But if you happen to have a really nice job writing ads then being brave means being willing to get things wrong. You’ve got to be up for looking stupid. Very often, the best way to arrive at a good creative idea is to stumble through a bunch of ideas that are pretty ropey.

At this session last year, David Droga spoke about the industry’s ability to potentially influence almost anything in the world. What are your thoughts on that?

Yup, definitely. We have the ability to advertise any product or cause to almost anyone. It’s one of the things that makes advertising such a powerful way of communicating. What makes ideas really great is when they’re opened up to lots of different people, so they become as big as they can be. Do agencies need to fight more for brave creative? Is it lazy to put it all on the client, or do you have a duty to take them out of their comfort zone, do you think?

In my experience, the best work tends to happen when people are completely comfortable taking the difficult decisions. Not just clients, but account men, planners, creatives. We’re all in this together, working as a team. Creating a piece of work is a process that can take many months, and at different stages different people will take the lead. If it all feels a bit too easy, that normally means something isn’t quite right. It often means we need to push ourselves a bit harder to try something new.

Would you agree it’s okay to break the rules to be brave in your work, as long as it resonates and has a positive/constructive effect?

Totally! If you want to make work that gets noticed, it’s got to be different to everything else that’s out there. It’s rarely a bad thing to stand out, to be different or to be the lone voice. To other people, it can seem like a stupid thing. But it’s rarely the wrong thing. What advice would you give to ‘brave’ creatives whose work doesn’t see the light of day because it has been considered too much of a risk?

The trick is creating the work that you want to make, that people also want to buy. But if you can’t persuade people to embrace your creative idea then have another idea. And another one. Be relentless. Keep going until you find an idea they do like.

Finally, sum up creative bravery in a sentence…

To be truly brave, sometimes you have to be truly stupid.