Original article from Advertising Age can be found here.

Master Marketers Tackled the Biggest Issues in Digital Like Storytelling vs. Storymaking 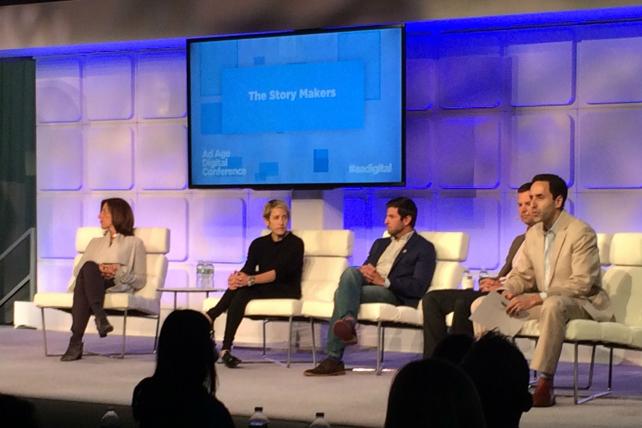 More than 600 participants descended on Manhattan’s Pier 36, aka Basketball City, last week for Ad Age’s ninth annual Digital Conference. This time it carried a “post-digital” theme — because what isn’t digital now? — and a secondary theme of “storymaking,” which can improve, in many cases, on pre-digital storytelling. The event starred master marketers from top brands including Beats, Visa, Kraft, MasterCard, IBM, Frito-Lay,Nickelodeon, Taco Bell, Philips and more.

“WHY DO YOU HAVE SOMETHING TO SAY? WHAT MAKES YOU CREDIBLE ON THAT SUBJECT?”

Taco Bell’s senior director of digital marketing platforms and social engagement, on the questions marketers should ask before inserting themselves into conversations. “Real-time marketing just drives me bananas when it’s done in a way that’s not authentic,” she added.

BREAKING STUFF, INCLUDING YOUR OWN ADS

Beats Electronics “was built on the back of bloggers,” Beats CMO Omar Johnson told Ad Age’s Natalie Zmuda on stage. Those culturally-attuned bloggers, hired by Mr. Johnson, engendered a Meta-like “move fast and break stuff” culture. That came in handy a few years ago when Beats had to abruptly overhaul a Black Friday national TV ad because, a week before the planned air date, Beats stakeholder Will.i.am announced that he hated the song it used. Mr. Johnson’s team shot a new spot with Will.i.am that same day and edited it that night.

Kraft’s Julie Fleischer stuck by her widely quoted claim that 90% of data is crap, which she originally made at Ad Age’s Data Conference last fall. (“It’s become my calling card,” she said.) But the marketing giant’s senior director of data, content and media also built on her declaration. “First-party data is not crap,” she told attendees in a joint presentation with her colleague Bob Rupczynski, VP-media and consumer engagement. Kraft has assembled a team of 160 employees to dig into the company’s data in order to determine its context, she said: “Data needs to be vetted and understood and interrogated to have meaning.”

Some details about a much-discussed pact came into focus when Condé Nast talked about its agreement to charge GroupM only for online ads that appear entirely in view on web surfers’ screens. It turns out that the deal encompasses web-standard squares and rectangles but not sponsored posts, sponsorship deals and ad formats custom to Condé Nast, whose sites includeVogue.com, Style.com and BonAppetit.com. “The deal is not intended to create issues for those types of really high-end, high-quality executions,” said Lisa Valentino, senior VP-digital sales, Condé Nast, who appeared with Rob Norman, group chief digital officer, GroupM. That’s a relief to publishers who couldn’t understand how Condé could live up to its promise when it was announced in November.

“THEY DON’T TEACH THIS IN BUSINESS SCHOOL
#AADIGITAL #DATALITERACY” 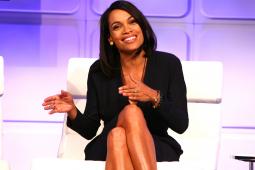 —”Kids,” “Top Five” and “Daredevil” star Rosario Dawson to celebs that don’t want to admit brands pay for some of their tweets. Ms. Dawson appeared with WhoSay CEO Steve Ellis on Tuesday afternoon; Ad Age’s Nat Ives moderated. It helps Ms. Dawson to find projects she can get behind, like the Lexus program via WhoSay that also promoted her fashion company Studio 189. When an audience suspects a celebrity isn’t sincere, “you’ve already lost them,” she said.