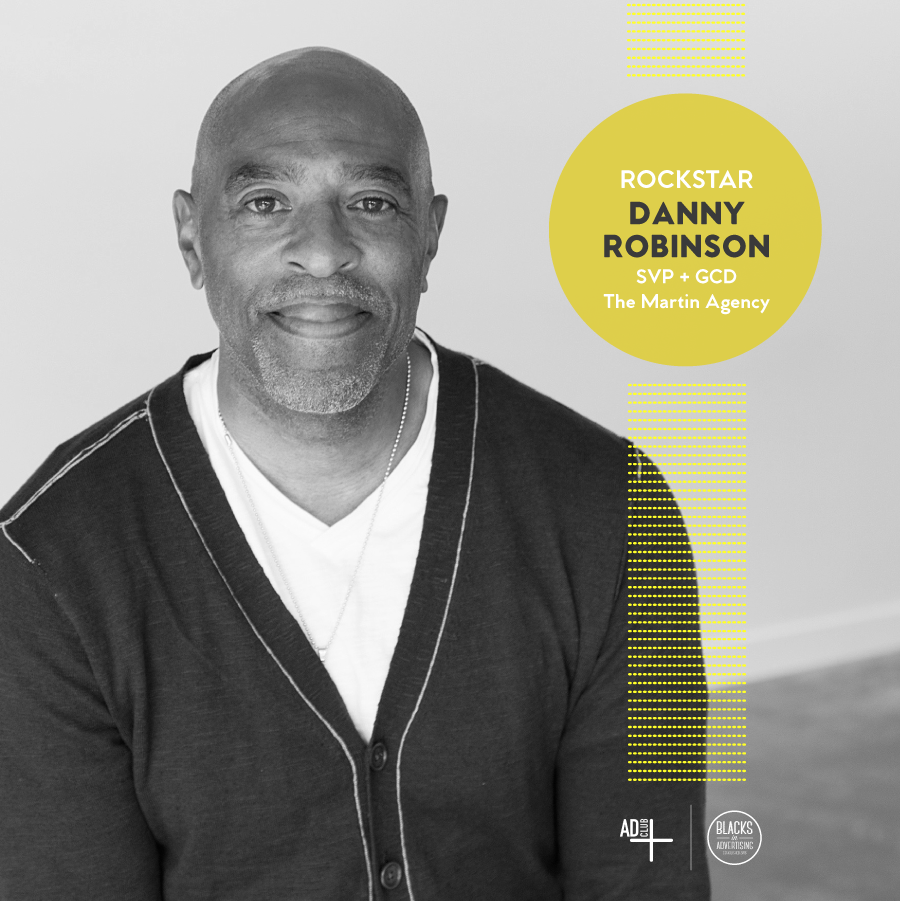 Danny was a part of that brand integration that made marketing history. But then again, Danny has always thought big — maybe in part because he’s a creative director with an MBA.

Danny cofounded Vigilante, at a time when the idea of specialized ad agencies was a relatively new notion. He was The Martin Agency’s lead creative director on the biggest new business win in the company’s history — Walmart. And he was once voted by the Stand-Up New York Comedy Club as “one of the funniest men in advertising.”

While at Vigilante, Danny was the creative leader and writer behind award-winning campaigns for Sprint, Major League Baseball, Snapple, Heineken, Pontiac, and advertising and event business for Johnnie Walker Black Label. During Danny’s time as chief creative officer, Vigilante was awarded the AAAA Multicultural Agency of the Year Award two years in a row and three times in the first four years of the agency’s history.

At The Martin Agency, he has applied his sharp wit and strategic mind to brands like the Alliance for Climate Protection, Pizza Hut, Hanes, Tic Tac, Chevrolet, OREO and the AMC Network.

In addition to his numerous industry awards for creativity, Danny was the recipient of two ADCOLOR Awards: the 2008 Innovators Award and the 2010 One Club ADCOLOR Award for creative excellence for his body of work and service in the industry.

He attended Hampton University, where he earned his Bachelor of Science in art education, and received his Master of Business Administration from Atlanta University.