Interview by Webb Wright for The DRUM 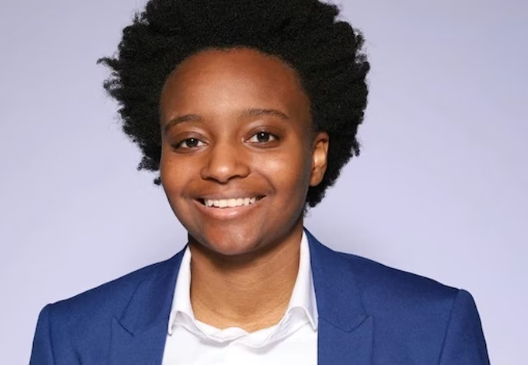 McGlory was recently named as one of the Ad Club’s “Advertising People of the Year.” We spoke with her to learn more about what’s driven her to thrive in a rapidly changing industry.

The Advertising Club of New York — known colloquially as the Ad Club— honors five individuals each year with its prestigious “Advertising People of the Year” awards, which recognize notable achievements in marketing across a range of categories. This year’s “startup” award was given to Jessica McGlory, the founder and chief executive of Guaranteed, a company that describes itself as “the first tech-forward hospice service” which aims to foster “end-of-life care that’s designed with the patient and caregiver in mind.”

Prior to founding Guaranteed, McGlory was head of digital acquisition at Bombas, a direct-to-consumer clothing company that partners "with shelters, nonprofits, and organizations dedicated to helping homeless, in-need, and at-risk communities," per the company's website.

With her passion for impactful work and her knack for innovations, McGlory "has redefined how to combine advertising and technology leading to consistent recognition of excellence," according to a statement from the Ad Club. She was the Business Insider 2020 Brand Marketing Rising Star, recipient of the 2019 Future is Female Award from Advertising Week, winner of the 2019 Female Frontier Award, 2018 Direct Marketing News Woman to Watch, 2017 AdColor Rising Star, and one of the 4As' 100 People Who Make Advertising Great.

We recently spoke with McGlory to find out what's inspired her to strive for such great heights throughout her career.

What, in your view, have been your most significant professional achievements to date, and how have those impacted the trajectory of your career?

I feel like there's a few things that got set into motion. But what probably just set it off was when I got into paid social, and no one was in it just yet. This is before every brand, of course, heavily relied on Facebook ads. And I had to just figure it out for a bunch of different clients, because I was the first paid social employee for an agency I worked at. And I had a brand — EyeBuyDirect — that was a startup and was looking to really expand its US footprint. And paid social actually was one of the channels that they really, at first, felt like didn't work for them. But when I took it over, it ended up changing the trajectory of that channel. All of a sudden they were investing more and more in it every single month. And that was directly because of what I was able to do on Pinterest and on Facebook. That ended up getting the recognition of my first award in the industry through Adcolor. After I won the award, it felt completely different. All of a sudden, it seemed like everyone knew my name. And I was just not used to that. But that's what kind of catapulted me [and enabled me] to have even bigger opportunities with even more clients, getting the attention of a brand like Bombas, which is a really big direct-to-consumer startup. That gave me the opportunity to really lead up all of digital acquisition.. [That’s when I knew I was] able to grow startups [and] use marketing in a way that's really clever, and also shows results and that's when I think people were like, ‘okay, this isn't just her being able to do an agency side, she's gone brand side and been able to make a huge impact.’

Is there any advice that you’d like to offer younger marketing and advertising professionals who are just beginning to chart their own paths?

When first starting out, try to meet with as many people as possible… not only just the people who have already “made it.” Really try to reach out to the different peers, someone who's just above your level, and start to gather all the good people… because they exist in this industry. They're out there. And if you can put together that great collective, it will come in handy. And also, you can then be a great [assistance] to people, which always feels good. Once you put out that good energy, I really believe that Karma comes back in a really positive way. I would also say I wish I had never listened for a second to people who wanted me to be smaller so that they could feel bigger. I really wish I could take that time back. And I'm really happy that I will not allow that to occur at my company. I'm going to make sure that everyone knows that it is their prerogative to shine, and I only want to help them shine brighter. I hope people do not allow others to make them feel smaller than what they are.

I am ambitious. I like to say that ambition plus drive can equal pretty stunning results. And so I've always had that. But I've also just genuinely wanted to be able to have what I wish I had — I wish I could have seen someone who was in this portion of marketing that looked like me. And it was just few and far between. At one point, I was actually one of just a couple of black female heads of growth in the entire nation at a venture-backed startup. It was just like, how am I one of a couple when there's thousands of people in this sort of role. But I realized others probably wanted to see someone that looked like them, and that crossed a lot of different identities, and that definitely inspired me to keep going when, at certain points, It was like, I [could’ve taken] a little bit of a back seat, do a little consulting and actually have a pretty good life. But knowing that people do need to be able to see someone in these positions and really start to help shift the balance of power was really, incredibly important to me.

The marketing industry, along with arguably everything else in our world, is changing rapidly. What trends do you expect will start arising and impacting the industry?

Over the next few years, people are going to try their last bit of hacks. Growth hacks and marketing hacks [are just attempts] to figure out every little thing that could possibly result in better performance for brands. The shift will be towards actually building a brand again… it will go away from trying to find little hacks that last for a month or six months. People are going to have to be more strategic. They have to be more long-term thinkers. They have to be able to produce value, instead of just trying to produce very short-term results. That shift is going to happen, [but] I don't think it will be immediate… but it's going to be pretty clear writing on the wall that it's going to be those that are strategic, that allow fun in advertising… that are going to start to win.

What’s one thing about you, either personal or professional, that has been integral to your success as a marketer and that you suspect most people might not know about you?

When I have been at my very best, it is because I have truly cared about the brand and the people behind it. [Whenever] I couldn't get behind the people behind the brand, immediately I could see my work suffer. I could immediately see that we were not going to get the same level of results. Because if I don't truly care and believe in not just the brand, the product, [and] the people who are leading it, I'm not going to be able to do my best. But when I truly believe in the people that are leading it, the audience that we are speaking to, and our brand and product, that is how I've been able to have the wild success that I'm very pleased that I've been able to achieve in my life. That's really what it's come down to… And I know it's not easy. Sometimes people have to pay the bills, but whenever possible, [it’s important] to be able to actually believe in the people, the brand, and the product. That unlocks something that is truly special.

For more about the Advertising People of the Year award, click here.