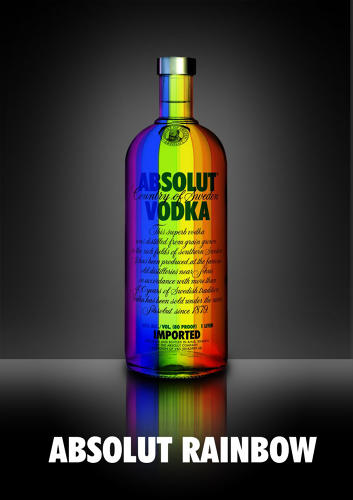 Industry leaders talk about advertising and the LGBT audience, how brands should be engaging the community in the coming years, and more.

One thing that can consistently spark an outbreak of flop sweats among most marketers is the ongoing challenge of keeping up with the pace of culture. Chasing the ever mobile, multi-device consumer across new technologies, platforms and behavior. What does modern parenthood look like? How’s our Periscope strategy coming along? Is everything we think about Gen Z wrong? (Probably.)

But culture obviously spans much more than just technology and age demographics, it also includes changes in social norms. A recent Pew study found that since 2001, American public opinion towards gay marriage has essentially flipped, with 55% approval, compared with 57% opposition 14 years ago. This shift is evident in how brands are more openly embracing and approaching the LGBT community. According to a 2014 Google Consumer Survey, more than 45% of consumers under 34 years old said they’re more likely to do repeat business with an LGBT-friendly company, and 47% of consumers under 24 are more likely to support a brand after seeing an equality-themed ad. And if polled survey results aren’t your bag, seeing LGBT buying power in the U.S. last year estimated at $884 million might get your attention.

To mark October’s LGBT History Month and National Coming Out Day on October 11, I asked a collection of leading names in brand creativity about their favorite LGBT-friendly ads from over the years, the changes in advertising attitudes towards the LGBT audience, how they see brands’ approach to engaging the community in the coming years, and more.

Check out the ads in the slide show above, and their answers below. 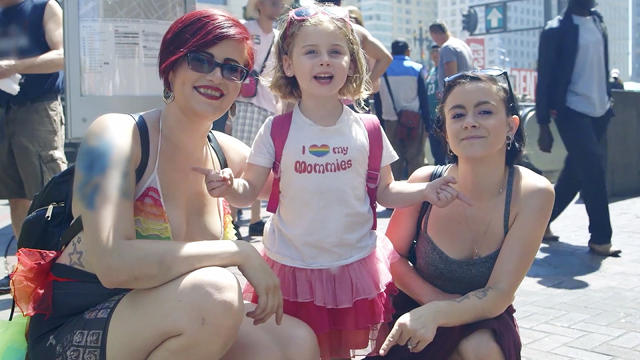 HOW HAS ADVERTISING TO THE LGBT COMMUNITY CHANGED THE MOST OVER THE LAST DECADE?

Gerry Graf, Founder and Chief Creative Officer, Barton F. Graf 9000: Ikea did a spot in 1994 featuring a gay couple buying furniture for their apartment. Last year, Honey Maid graham crackers featured a gay couple and their baby. Both ideas work on the premise that there is something special and brave about a company featuring a gay couple. You would have hoped that showing a gay couple wouldn’t have been a big deal today. Apparently attitudes haven’t changed much in 20 years.

Val DiFebo, CEO, Deutsch NY: With the development of social media and real-time, far-reaching conversations taking place, we’ve seen a major shift over the past few years in attitudes and overall acceptance and inclusion of the LGBT community. It’s a fascinating development that is gaining momentum quickly. Brands are beginning to react to this shift in consumer behavior and are becoming more forward thinking, embracing yet another segment of society. There has also been more awareness generated surrounding LGBT-based advertising, becoming more mainstream and “acceptable” within society. Five to ten years ago, this topic was considered taboo and one that brands often shied away from talking about.

Tim Maleeny, Chief Strategy Officer, Havas Worldwide: Over the past five to 10 years there’s been a dramatic shift in positive feeling towards the LGBT community. You can see that growing awareness and acceptance reflected in film, television, and popular culture in general. A decade ago in the U.S. only a minority of Americans were supportive of same sex marriages, but now it’s nearly two-thirds of the general population. That’s a big shift in a short period of time, and it’s opened up a lot of opportunities for brands to be more inclusive.

Anselmo Ramos, Co-Founder and CCO of DAVID Miami: I think brands have become more open about publicly supporting the LBGT community. In the past, brands wouldn’t touch the theme, or would do it in a subtle or metaphorical way. There are no metaphors anymore.

Christopher Warmanen, Creative Director at Leo Burnett: It’s more than liquor and travel brands that are targeting the LGBT community. Now it’s consumer packaged goods, greeting cards, fast food and insurance. Also, advertising targeting the LGBT community—especially on TV—used to be more subtle. You weren’t 100% sure if they were targeting the audience or if it was just a happy accident that it resonated. Sometimes, it was a little cue like someone wearing a rainbow pin or bracelet that said it was talking to the community on purpose. But this was still a form of hiding and keeping LGBT advertising in the closet.

One place LGBT-targeted advertising has changed the least is representations of the “T” in “LGBT”: transgender. But because that’s a hot topic right now in the media, I hope that’ll change and we’ll see more transgender people, too, like we saw in the Hallmark video created by Leo Burnett Chicago earlier this year.

Gina Grillo, President and CEO, The Advertising Club of New York:Advertising to the LGBT community didn’t even exist five to 10 years ago. Today, as marriage equality is becoming a right for all people in our country and as Caitlyn Jenner shines the light on her journey, we are, as a people, more open to talking about what makes us unique. With this has come more openness in the advertising industry to engage and speak to groups that were not recognized before.

Chris Neff, Executive Producer, Digital at Tool of North America: I think the biggest change in LGBT marketing is the movement away from “careful” language. The range of products/services being advertised has grown and marketers are being more overt in their targeting. Furthermore, brands are taking a stance on social issues by backing the LGBT community which would have once been deemed too radical for a lot of major advertisers. 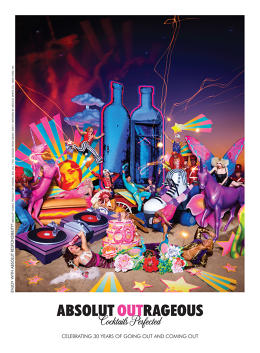 WHERE IS IT HEADED IN THE NEXT FEW YEARS?

Graf: We’ll see more and more companies advertising to the LGBT community. Attitudes haven’t changed much, but they have changed. Most companies will do it simply because they see a target market with a lot of money. The money will outweigh any risk they see.

DiFebo: I believe we are at a tipping point. This is just the beginning of a larger LGBT advertising movement. It’s widely documented that this demographic has significant purchasing power, and it’s a win for brands to be inclusive, attractive and relevant to these audiences. Over the next few years, I think there will be several brands that re-imagine their advertising strategy to be inclusive of the changing demographics, in addition to looking at the brands’ long term vision and credo. It will become more of the norm versus a topic of debate and conversation.

Maleeny: Just as we’re seeing LGBT characters featured more regularly in television and film, you’ll see more diverse casting in advertising as well. Marketing tends to reflect changes in popular culture, so what you’re starting to see on TV shows and popular films will be mirrored by brands almost immediately.

There’s a natural feedback loop, sort of a virtuous circle. Initially brands are more conservative about social issues than they’d care to admit, unless they are overtly casting to be provocative. But as attitudes change and more people feel supportive of the LGBT community, you’ll see more LGBT casting occur in commercials, TV and film, which will in turn bring even more awareness and empathy towards LGBT issues, which will make that casting seem more routine, until LGBT actors and characters are just another part of our shared cultural landscape.

Ramos: Brands will probably be more vocal about it. We’re living in the era of transparency and people want to know whether or not their brands support a particular cause. Brands will go beyond their campaign message and actually offer products, services and experiences targeted to the LGBT community.

Warmanen: Instead of ad campaigns specifically for the LGBT community, I think we’ll continue to see more representations of LGBT people in general market media. Moving forward, I think LGBT people will just be part of the fabric, one of many types of people included in a company’s overall advertising message. After all, LGBT-targeted advertising doesn’t have to hide anymore.

With the SCOTUS decision and the general tide of American public opinion turning in favor of gay marriage, it can now be “out of the closet” of LGBT-only targeted media. That isn’t to say that LGBT-targeted publications and programming aren’t still important to have, but when brands show that they’re not afraid to include LGBT people and messages in their mainstream advertising, it makes a stronger statement to everyone.

Grillo: Current events and changes in our society in the last year have brought about tremendous recognition of the LGBT community, and subsequently the way advertisers communicate and reach them. The environment to have open and honest conversations about personal lifestyles is much more accepting, I expect advertisers will increasingly become more engaged with the LGBT community. We are experiencing a shift to overall acceptance and with it will come new communication that will target all of us.

Neff: I can foresee continued growth in LGBT advertising as far as product and service ranges. Likely we will see more LGBT celebrity endorsements, as well. One area of growth might be in LGBT youth. I think as a society there is a growing understanding that our youth need the same acceptance and support as adults, in terms of orientation (many would argue that they need a greater degree). I would like to think youth-oriented brands will adopt greater messages of understanding and support. 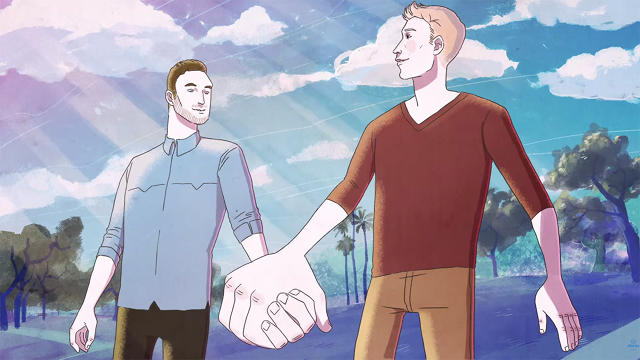 WHAT ADVICE DO YOU HAVE FOR BRANDS LOOKING TO ENGAGE THE LGBT COMMUNITY?

Graf: Whenever you “target” any consumer group, when you assume a large group of people think and behave the same way, you are propagating stereotypes. So try to remember you are talking to human beings.

DiFebo: Don’t fake it, understand the target, the nuances, and talk to the LGBT community with integrity and be real. Having a mediocre marketing campaign, just for the sake of having it because you (the brand) think you should, runs the risk of negatively impacting the brand’s reputation and the business success overall.

Maleeny: All marketing is about empathy. If a brand celebrates shared values, then it becomes a populist badge, a cultural signpost that says everyone’s invited. As LGBT issues become mainstream, a shift that’s been accelerating over the past several years, the leading brands will naturally be more inclusive.

Ramos: Make sure your brand positioning is deeply connected to the LGBT values like acceptance and diversity. In the case of Burger King, “Be Your Way” is about welcoming every guest the way they are. So there’s a natural fit. Don’t jump on the “LGBT bandwagon” because it’s “the right thing do to in order to attract millennials.” People always know if a brand honestly cares about a cause or if it’s just another empty marketing stunt.

Warmanen: Brace yourself for opposition both inside and outside of your organization. Especially if you’re playing in the social media space, you’ll get a lot of haters. They’ll question why you’re making a “social statement” by including LGBT-related messages in your advertising. So be brave. Include positive representations of LGBT people in the same way that you include straight people. If your brand isn’t overtly sexy, for example, don’t do overtly sexy LGBT-targeted advertising. Stay true to your brand’s purpose. Just include the full spectrum of people.

Neff: Don’t hold back. Social perception is overwhelmingly positive for the LGBT community, so why should advertisers remain careful? If they want to show support they need to put themselves out there and do it. According to a Google Consumer Survey in 2015, it is a successful play for brands to show signs of support. I don’t expect this to change. Don’t be fake. If a brand’s core values are aligned with acceptance and equality then it’s a no brainer to show support. But if they are just trying to ride the wave of social positivity and capitalize on the LGBT community then that is the wrong mindset.