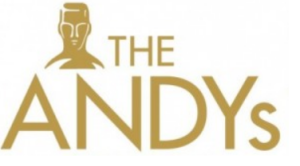 We all need heroes and people whose bravery, commitment and skill make us feel like there is good in the world. These people inspire us to do our own best work and be our own best personal and professional selves.

That’s a point not lost on The International ANDY Awards. Launched in 1964 by The Advertising Club of New York, the ANDYs honors creatives who’ve done especially bold and courageous work. That’s an increasingly tall order in these days of tighter ad budgets, more conservative clients, and campaigns that have to address a variety of new media channels while still excelling at old school print and television.

And the ANDYs had great fun with the idea of brave heroes in advertising when they put out their call for submissions. They produced a series of three videos, featuring a firefighter, a brain surgeon, and a member of a bomb disposal squad respectively, each discussing in awed terms the pressures faced by advertising creatives. “You need to be some kind of crazy maniac to sign up for a job like that.”

The Way I See It

The Way the Industry Sees It 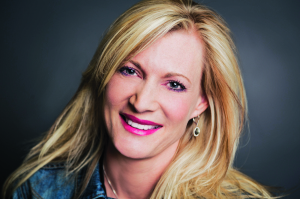 I sat down with Debbi Vandeven, Chief Creative Officer at VML and a member of the jury for this year’s ANDYs, to talk about the awards and what makes for brave creative.

Q: What sets the ANDYs apart from the other advertising awards? How are they special?

A: Many of the industry’s top award shows have well-respected juries, as does the ANDYs, but what set the ANDYs apart for me was the distinct focus the jury had on selecting the bravest work from the entries. When a show and a jury president are able to guide a jury in selecting the best work, and also provide a framework for you to evaluate the work, it helps to define the show and sets it apart. I felt the ANDYs were special this year because the discussion was around more than what was great or someone’s opinion of what was the best, it also was about the bravest work created over the last year.

Q: As an ANDY jurist, how did you evaluate the work? What does bravery in advertising look like to you?

A: Being a jury member for the ANDYs is inspiring because you are able to evaluate global work and entries from all categories including traditional brand building, innovative creative ideas that use technology in new ways, and digital communications that constantly change and shape new ways our industry can engage consumers. To evaluate the work, I always begin with the idea and then review to see if the craft of the work will help raise the industry standard. Specifically for the ANDYs, I also challenged the work on the basis of whether it pushed boundaries for the industry and our clients. Brave advertising takes brave clients as well.

Q: How has the nature of bravery in advertising changed over the years? What are some of the hindrances to doing brave creative work?

A: Bravery in advertising has changed along with the how we communicate with consumers. I have found that it can be brave to be the first to do something as long as you and your client are equally willing to fail. We can create better work when we push boundaries, but there are hindrances to brave work, too, such as when a good idea gets lost in the use of technology or choosing all channels of communication to deliver a message instead of choosing the right channels. Creating brave ideas also means that just because you can, doesn’t mean you should — not without consumer relevance at the center.

Q: Do you have a creative hero? Someone whose bravery in advertising has inspired you?

A: I have several peers and friends in the industry who are inspirational with their bravery in advertising. But for the sake of choosing one, Marcus Rebeschini, Chief Creative Officer of Y&R Asia, would be top of my list. It is not the hundreds of industry accolades and awards that Marcus has received that put him there. It’s because every day Marcus is pushing boundaries to change the world with his work. I have been fortunate to work with him on a mobile application for the visually impaired that enables them to be more independent. This work is one example of how he pushes to improve people’s lives, and that’s what I find brave.

Q: What’s the coolest object in your office?

A: I am not sure if a runway classifies as an object, but the VML headquarters in Kansas City, Missouri, are in the Charles B. Wheeler Downtown Airport. Thankfully, the airport is not home to commercial aviation, but my office does look over the runway, and it is common to see smaller recreational flyers, corporate charters for musicians and sports teams, and even Air Force One out my window.