In the Game: 3 Reasons Why Brands Should Leverage Live Sports

From Christa Carone, president of Infillion Media. This post originally appeared in AdWeek 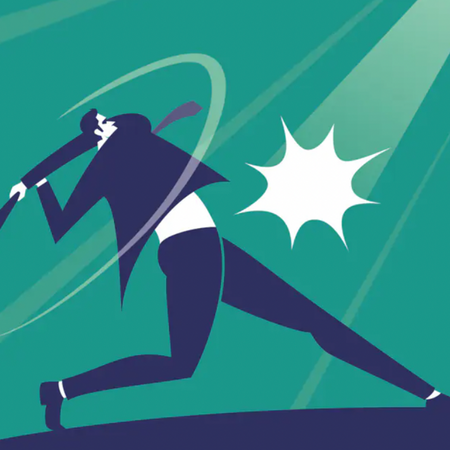 Whether it’s MetLife Stadium in metro New York or Lumen Field in Seattle, America’s sports arenas have been filling up the past several months. And with that, there’s the chance for every marketer to follow fans through the turnstiles.

Thanks to technology and sweeping changes in how out-of-home ads are sold and delivered, marketing at major sporting events has never been more accessible to brands or more engaging.

We all know from our personal experiences (let’s go Bills!) that fans are loyal, deeply emotionally invested in their teams and deeply attentive when they attend events in person. And the big spenders among them tend to be affluent. Nothing new there.

What is new is that fans now have higher expectations for the in-person experience. If we’re willing to pay $10 for a hot dog, the overall experience should also offer more fun, engaging and memorable reasons for fans to get off the couch and into the ballpark. Savvy marketers can now join them there.

Here’s how sport and entertainment venue marketing is evolving—and how brands can tap into the power of in-person live sports.

The playing field is level

For decades, advertising in stadiums was the domain of a few dozen megabrands that could afford to buy naming rights or become the official beer- or snack-maker of a favorite team. Even today, most of the static OOH signage is spoken for.

But thanks to advancements in digital delivery, the average stadium can create new inventory as needed with short lead times. Fan-experience mobile apps offer new promotional possibilities, too. And the OG brand shout-outs from beloved stadium announcers still ring true for fans.

The canvas is rich

Because traditional sponsors locked up mostly static inventory, in some stadiums fans found themselves looking at the same logos for years. Creative was often generic: Drink this beer, remember this bank, visit this dealership.

Now that so much in-stadium ad space is dynamic, brands can deliver timely messaging using far more memorable and relevant creative. We’re seeing movie studios use digital ribbon boards to promote a feature dropping that day in that city while showing the trailer on the jumbo screen and weaving in customized activations that unite the movie with that team’s fans throughout the game.

The interactive experience has a tail

For much of its history, in-stadium marketing was simply an awareness-building vehicle. But today, given the ubiquity of mobile devices, along with the increased use of digital ticketing and in-stadium apps, brands can sponsor interactive quizzes or games, incorporate call-to-action messaging and track real impact.

Marketers can use QR codes to gauge post-event purchases or employ geofencing technology (which logs the presence of a location-aware device within a certain radius) to follow up with visitors after they leave the event. So when that movie trailer is shared via digital signage at a game, a follow-up promotion can be targeted to fans later when they are browsing a news site or social media. What was once a low ROI vehicle is now flexible, relevant and actionable.

There is a quirk for marketers who seek to tap into in-stadium advertising: Unlike other digital advertising marketplaces, there is no single portal that facilitates multimedia buys across vast stadium locations.

Teams and venue operators still control ad inventory, pricing and sales individually—a system that hasn’t evolved with advertising offerings. Each stadium has its own unique mix of ad products, which results in time-consuming and complex management of campaigns. In fact, one major league ballpark has more than 20 LED board ad format specs alone, in addition to the outfield video board, concourse TV network screens and other digital signage options throughout the stadium.

That creates quite a heavy lift for a brand’s media planning and creative teams to handle, especially when a campaign scales to multiple teams at once. That said, for a growing number of brands and marketers, the effort is worth it.

If the past two years have proven anything, it’s that nothing can replace the excitement of in-person events. That’s why sports is the multibillion-dollar business that it is. But there’s no reason fans should be the only ones cheering. Any marketer that innovates and learns how to leverage the renaissance of the fan experience will also find plenty to applaud.