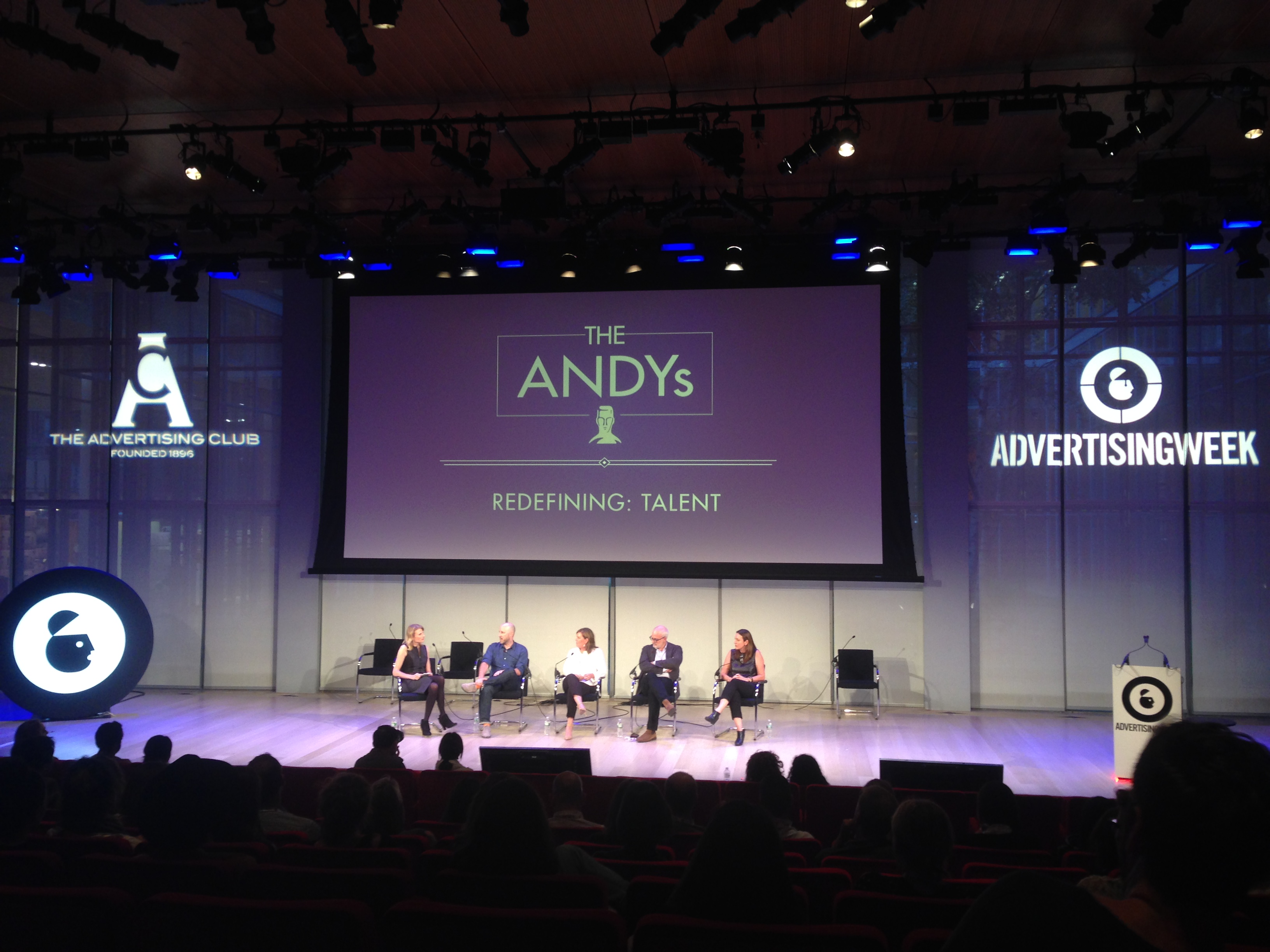 Redefining: Talent was one of many panels held during Advertising Week where each of the speakers explored how the industry is adapting and shifting to the new talent landscape.

Moderator Amy Farley of Fast Company opened the event by welcoming the panel, which included Justin Gignac of Working Not Working, Sophie Kelly of The Barbarian Group, Jennifer Remling of R/GA and Troy Young of Hearst Magazines Digital Media.

Each of the panelists was asked how they find and attract talent it in this competitive atmosphere, and how they nurture and foster it. They also touched on diversity in the world place.

Here are the key takeaways from some of our most talented leaders in the industry:

As a former freelancer himself, Gignac believes that creatives in advertising are seeing opportunity beyond the four walls of their agencies. The endless opportunity for freelancers to do work on their own, or work for several companies has made competition heat up. In order to attract talent, Gignac said agencies need to articulate a clear mission or vision in which they encourage people’s project and startup ideas to really create things and thrive.

He also noted that people want to take a job for the people, so if you nurture people into leadership roles and build teams around those people that are really good at it, you will be successful. Hiring people you trust is also crucial to your business. The trust will empower them to do diligent work—even if that means they are doing it on their own schedule.

Sophie said it is quite refreshing for her work culture to have freelancers coming in and out of existing business. She said it energizes, brings different perspectives, and allows them to expand and contract with vast creativity. Further more, if you have a strong culture people will embrace that and be attracted to come work there.

She believes a lot of companies are losing their talent to the startup and tech industry. She believes this is because the talent isn’t being able to make as much product as they would like. To fix this problem, Sophie implemented “make a day” to give outside challenges within her company to create things. She encourages people to bring their outside passions in.

Sophie said when you find like-minded people you get diversity in your hiring because you are almost hiring a friend group, which has benefits. She also believes flexibly on what people need in a working environment and location is important. “The more you send the message that you are open to different schedules, the more people you will get and more diversity in work force you will have,” she said. “We need to become flexible to lifestyle choices and respect it.”

Jennifer has seen an increase of people leaving to go to tech companies like Apple, Uber and Google. They are hiring talent from the advertising industry, which is leading to an increased demand for talent. She recognizes that “people want different things at different stages of their life- its very fluid, there’s an open door.”

She says when people are great at their craft they often progress to a manager level, but not everyone knows how to manage people and we don’t give them the resources to do so. People may leave when they feel like they get lost in the shuffle of restructuring. Mangers need to get to know employees and have structured conversations and how they feel about their compensation and how their work life balance is.

Most companies are still set on the 9-5 schedule and there is an expectation to be at a desk. Jennifer says this is truly false. Work happens everywhere and inspiration is not created when sitting at a desk. She would love to see companies rethink the work model, especially with all the resources out there. She personally takes time in the afternoon to do for her, which makes her feel refreshed and energized to work again later.

Troy believes that talent attracts talent. We live in a period of profound change, so to create a space where you build projects with values underneath that people believe in leads to attracting better talent. If you find people that want to make things and be proud of making things, those people will reshape how they communicate then other people will follow.

Companies that are thriving right now place emphasis on their strong values, mission and purpose. They make the space amazing to make the modern worker happy. To foster talent at Hearst, creating multiple media type spaces like project rooms are key. We shatter ideas of hierarchy, and hire people whose job it is to make meetings work better and introduce new ways of collaboration between co-workers.