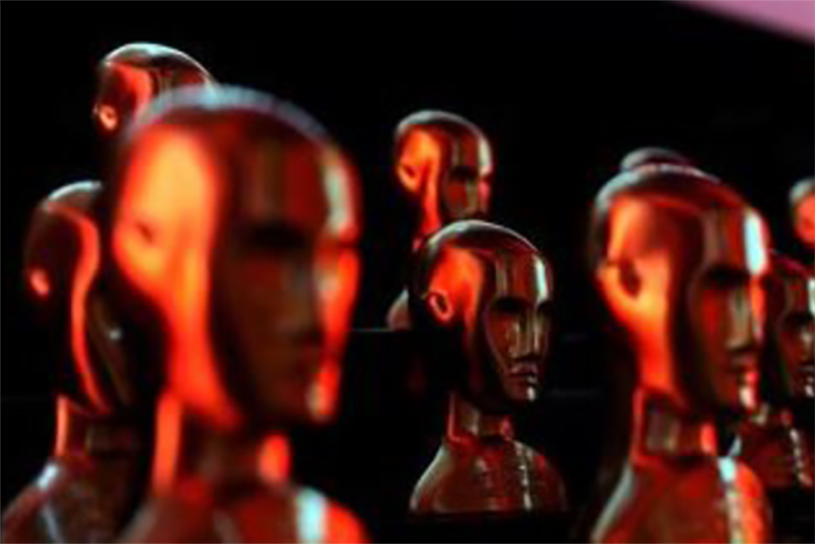 Originally Posted on Campaign US.

The International Andy Awards jury recently embarked on its annual weeklong journey to determine the bravest, best work our industry has to offer. This year, we selected the beautiful, culturally rich city of Seville for our deliberations. Coming away from the camaraderie of this year’s trip, I was filled once again with a feeling of hope for the future of creativity and how the spirit of honoring great work can move our industry forward.

It’s no secret that in recent months there have been discussions around the motives and validity of awards shows. And upon my return from Seville, I reflected on our own process with some of our jurors: Jeff Kling, chief creative officer at Fallon; Richard Brim, executive creative director at adam&eveDDB; and Chris Beresford-Hill, executive creative director at BBDO New York. After speaking with them, it became as clear as ever that when a judging process is met with purity and integrity, its transformative power is palpable, not just in the judging room, but also back at home, where jurors bring a renewed enthusiasm to elevate their craft and inspire their teams. In their words and in mine, the following is a peek behind the curtain at our judging experience. I hope the takeaways will inspire our industry to celebrate what can happen when you bring the best creative minds together to advocate for great ideas.

A global mindset is critical to furthering ideas
At its heart, the Andy Awards is a global awards show. We’ve always believed in diversity of thought, background, and location; without these components, creative ideas remain stagnant. Even the highest caliber creative director has room to learn from his or her peers, who have a different perspective or approach to solving a brand challenge.

Our jurors took that seriously. It was fascinating to hear Richard’s take on judging, especially since this was his first year as a judge. “Because international shows judge everything, they give you a great barometer of what you can bring to your own work,” he said. “You understand what feels outdated and how to craft an idea to get it across in the most effective way possible. Hearing from creatives outside of my UK bubble made me start to question what I thought was good and what I thought was bad.”

Don’t fear generosity
The judging process itself is structured in a way that brings positive discussion around the work. Jurors judge independently for the first few days, and aren’t exposed to peers’ opinions until the final day. This format allows jurors to critique the work carefully based on their innermost beliefs, and then in the discussion round become aware of perspectives they may not have considered before. The process this year, and this group in particular, yielded more discussion and deliberation than most, and the result was favorable to the work.

Jeff described the private judging process as a “constant internal battle.” But by the final day of judging, and after rounds of cuts, discussion began. And with that, the work was debated and looked at through a microscope, and in some cases, a newfound respect emerged. Chris commented, “People brought work back that they were passionate about, which got people excited about work that may have been overlooked. That’s when the jury got most engaged.” Naturally, the positive discussion resulted in more Gold awarded than we’ve seen in years.

Close attention and stimulating conversation made it clear that more winners were going to be awarded. The generosity left the jurors simply feeling good about how we can work together as an industry in the face of stiff competition and constant pressure. Richard stated it perfectly when he said, “The great thing about bringing together a group of people at the top of their agencies is that they aren’t afraid to come out and honestly say that a piece of work is brilliant. And that’s a good thing — as an industry, we need to play nicer.” And playing nice felt good. Jeff also said that awarding more hardware didn’t bother him. “I’m fine with that. There were some really smart things. They indicated for this judging body what the industry should be moving towards.”

Brilliance is brilliance
This leads nicely to the point that brilliant work can’t be denied — it’s either brilliant or it’s not, and that theme came across quite a bit during the process this year. According to Jeff, “We looked at everything on its own merit, but our industry as a whole operates differently. At some agencies, people come up with tech solves, some come up with film solves, and some build products. But the jury didn’t split along those lines.”

The celebration of the idea was always at the core and something our jurors seemed to agree upon throughout the process, and it was hopeful to see that standard was upheld even as the industry gets more fragmented by technology. Chris’ take on it was that the jurors were “primarily looking for work we wish we had done ourselves. By process of elimination, the work that rose to the top was always really simple, elegant and smart. No one was chasing the shiny object.” Now, that doesn’t mean the shiny object can’t be indicative of great work. Richard added, “If a piece of technology feels relevant, smart and current — if it’s useful and humanizing — that’s an example of the type of work that was lauded.”

Brilliance can be seen from many facets
Comparing Gold winners to our Bravery Award winner was an interesting case study, proving that brilliance can be measured in so many different ways, and that it’s important to make the distinction. According to Jeff, “Originality became the most important tiebreaker in our final round. One piece of work didn’t end up winning Gold purely because a competitor brand had executed something similar on a smaller scale. But this piece of work did end up winning the Bravery Award, because the CEO had to instill trust in his shareholders and took a highly visible risk in carrying the campaign through.”

The jury also loved the enthusiasm around the quality of student work. One piece of work was considered so groundbreaking that it was awarded a Gold in the Reset category, which highlights innovative work that is moving the industry forward. This is the first time a student idea has been honored within this category; until now, Reset was considered a professional-only category. Many jurors expressed a desire to work with the students in the future to bring the idea to life.

The shortlist that ultimately resulted from this year’s judging process is an incredibly brave body of work, and those that are listed should feel a real sense of accomplishment. I’d like to think we all came away from Seville remembering what it is that we love about this business – and most importantly, inspired to further the evolution of our craft. We can’t wait to share the results of this bravery with the industry on April 12 at the International Andy Awards show and party.

Gina Grillo is president and chief executive of The Advertising Club of New York.